GreedFall is a semi-open-world game with many places to explore. It is divided into two major areas: Gacane, which is the old world where the story begins and Teer Fradee, which is the new world where the story unfolds. The world is a semi-open-world map, quite similar to "Dragon Age: Origins", where places have certain travel points and will load a new map, which then is explorable.

The introduction in Sérène presents the players a lot about the story and the connections and interests of the factions. It also is a tutorial for how the game handles combat and quests.
Once Sérène was left, players can't return there. 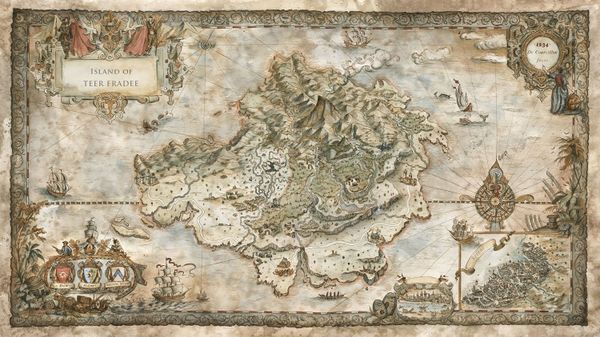 The world map of GreedFall, with Sérène at the bottom-right
This article is a stub. You can help GreedFall Wiki by expanding it.

The map's legend lists everything of importance.